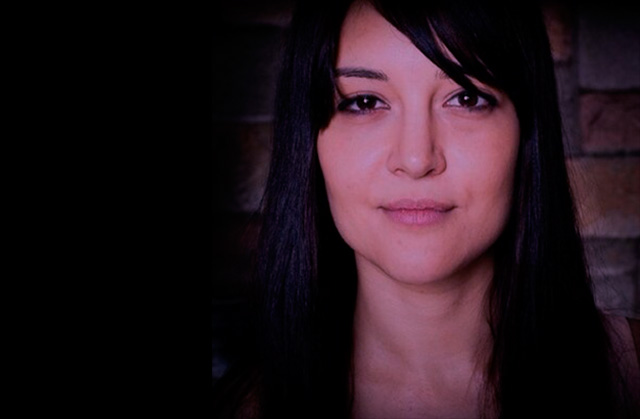 Marian Mellén is an Associate Researcher in the Molecular Biology laboratory at the Rockefeller University in New York. Dr Mellén, who has attended university in the Basque Country, Madrid, Rome and New York, is an expert in the emerging field of neuroepigenetics, which focuses on understanding the differences in regulating the genes that determine identity, function, and morphology, which are unique to each neuronal type.

Within her work, the publication of the TRAP-Seq technique stands out. This technique enables the comparative analysis of the translational profile of a specific neuronal type and the first comparative study of methylation and hydroxymethylation in cytokines in the genome of diverse neurons of the brain of a mammal. This work was the result of her first two years of research in the USA, and it was detailed in the prestigious journal Cell and she was deserving of being selected as one of the five post doctorate fellows for the Regeneron Creative Innovation Award in 2013.

Away from the laboratory, Marian is a founder of the New York chapter of the Association of Spanish Scientists in the USA (ECUSA) and she was Chair of the scientific committee at the First Meeting of Spanish Scientists hosted at Georgetown University in 2015. She also forms a part of the committee of Science & Education Policy Association (SEPA) of the Tri-Institutional Rockefeller / Weill Cornell / Sloan Kettering Cancer Center.

Marian makes the most of every chance possible to support the progress of women in science: she is an active member of WiSER (Women in Science at Rockefeller) and a mentor of the 2015 Science Symposium held at Microsoft, New York. In addition, she has been a scientific consultant for the Department of Education for New York City and the New York Academy of Sciences.

Marian’s scientific and mentoring work has been recognised in Forbes, El Correo and on the TV channel Cuatro, among other media forms. Furthermore, she collaborated on two documentaries about evolution on TVE’s La 2.

Marian currently lives in New York and likes to escape from the city from time to time and travel with her husband, the journalist Luis Quevedo, and her daughter, Lucía.

You can find out more about which cookies we are using or switch them off in settings.

This website uses cookies so that we can provide you with the best user experience possible. Cookie information is stored in your browser and performs functions such as recognising you when you return to our website and helping our team to understand which sections of the website you find most interesting and useful.

Strictly Necessary Cookie should be enabled at all times so that we can save your preferences for cookie settings.

If you disable this cookie, we will not be able to save your preferences. This means that every time you visit this website you will need to enable or disable cookies again.

This website uses Google Analytics to collect anonymous information such as the number of visitors to the site, and the most popular pages.

Please enable Strictly Necessary Cookies first so that we can save your preferences!

Please enable Strictly Necessary Cookies first so that we can save your preferences!